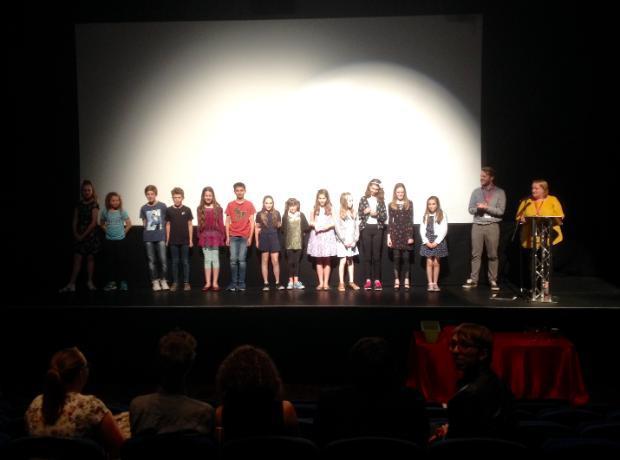 Cineclub is predominately for children in Key Stage 2 and aims to make films that enrich the curriculum and learning. So far, the children have made several short films that have involved pitching ideas, story boarding, directing, a multitude of camera shots and editing. They have also interviewed people such as Sir John Madejski, Chairman of Reading Football Club and Luing-Henry Cowley MBE, a Spitfire pilot during World War Two!  All films are shown at the cinema in The Corn Exchange, Newbury and many are shown at national film screenings for young people.

Cineclub is also a way of tackling difficult subjects that concern the children such as bullying. In the film Half a Heart, the children created a situation where the main character was the victim of extreme bullying. Although fictional, film making is a platform for children to express their concerns and the process can be empowering and helpful. Half a Heart was voted in a national poll as winner of The People's Vote and an award collected at The British Film Institute in London.

Two of the films, The Mystery of Ruby Roo and Half a Heart won 'Silver Star' awards at The British Film Institute, London and a third, The Switch won 'Best Special Effect' by The Newbury Arts Council. Blink, also won The People's Vote 2015.